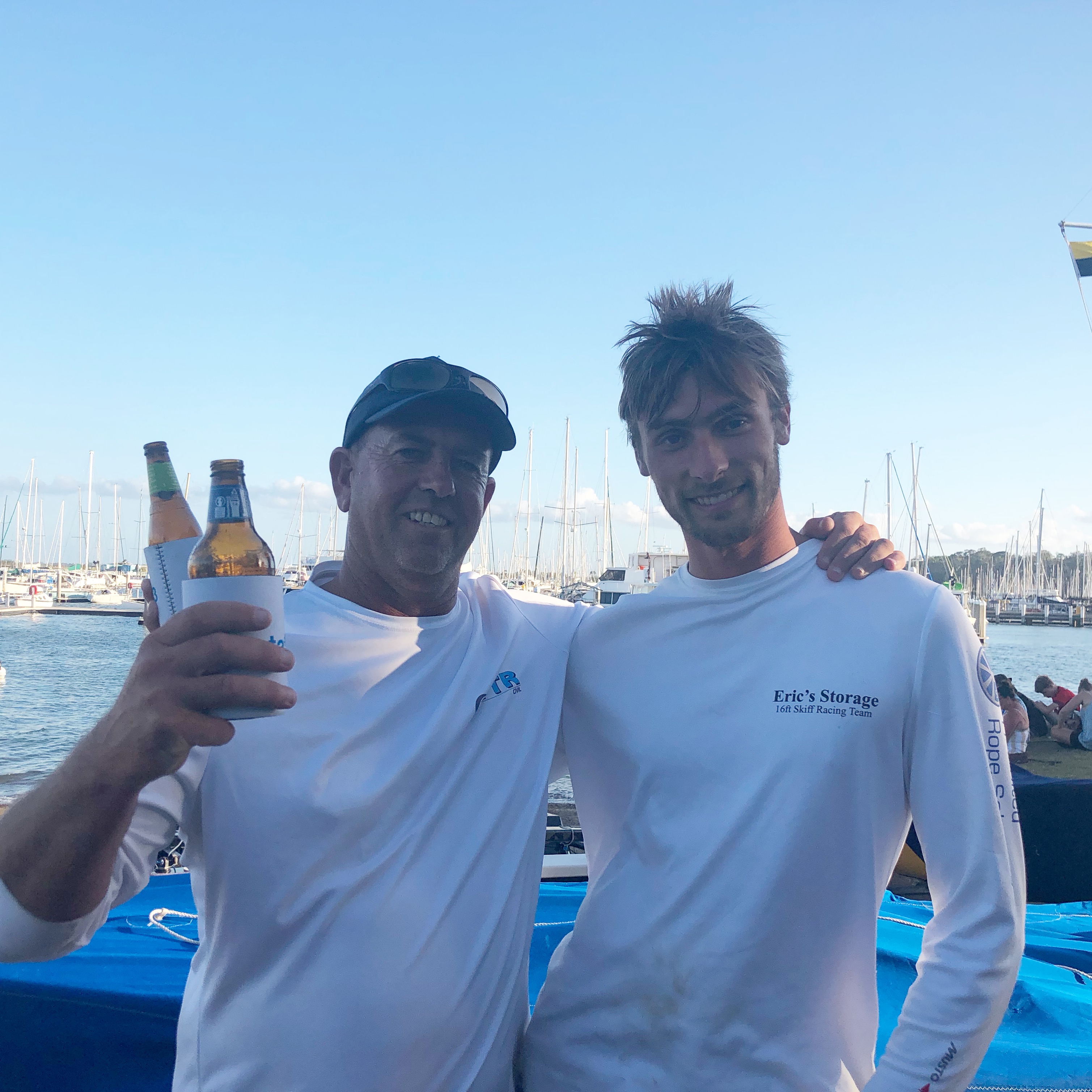 Picture sunny Queensland, with 28 degrees every day, and an 8-15 knot semi-seabreeze. Add 16ft Carbon Skiffs and a bar and you have yourself a 16 Nationals! With about 40 skiffs participating, there was plenty of competitive racing, and plenty of beers flowing after the racing. The fantastic part of our skiff class is that the skills vary considerably, from sailors with just 1 season worth of experience, to 25 years of experience; from weekend club racers to members of the Australian Sailing Team. It really is a regatta with some serious competition (despite the very social atmosphere).

There was close racing all week – one mistake would cost you 10 places and after 90 minutes of racing, there was usually only 5 minutes of difference between the front pack and the last pack. There were only a few protests, most of which were sorted out with a round of beers at the end of the day. The Eric’s boys had a very enjoyable regatta, despite results being far lower than expected without our usual crew. We definitely improved over the week, and had we had another regatta together after, our results would have shown!

I’ve had many comments regarding how well looked after our boat is, as well as how neat all the rope work is and how gorgeous the boat looks with the Allen kit. Definitely, a head-turning boat.

Looking forward we have the Botany Bay Championships and the Belmont Sprints which has plenty of fun.