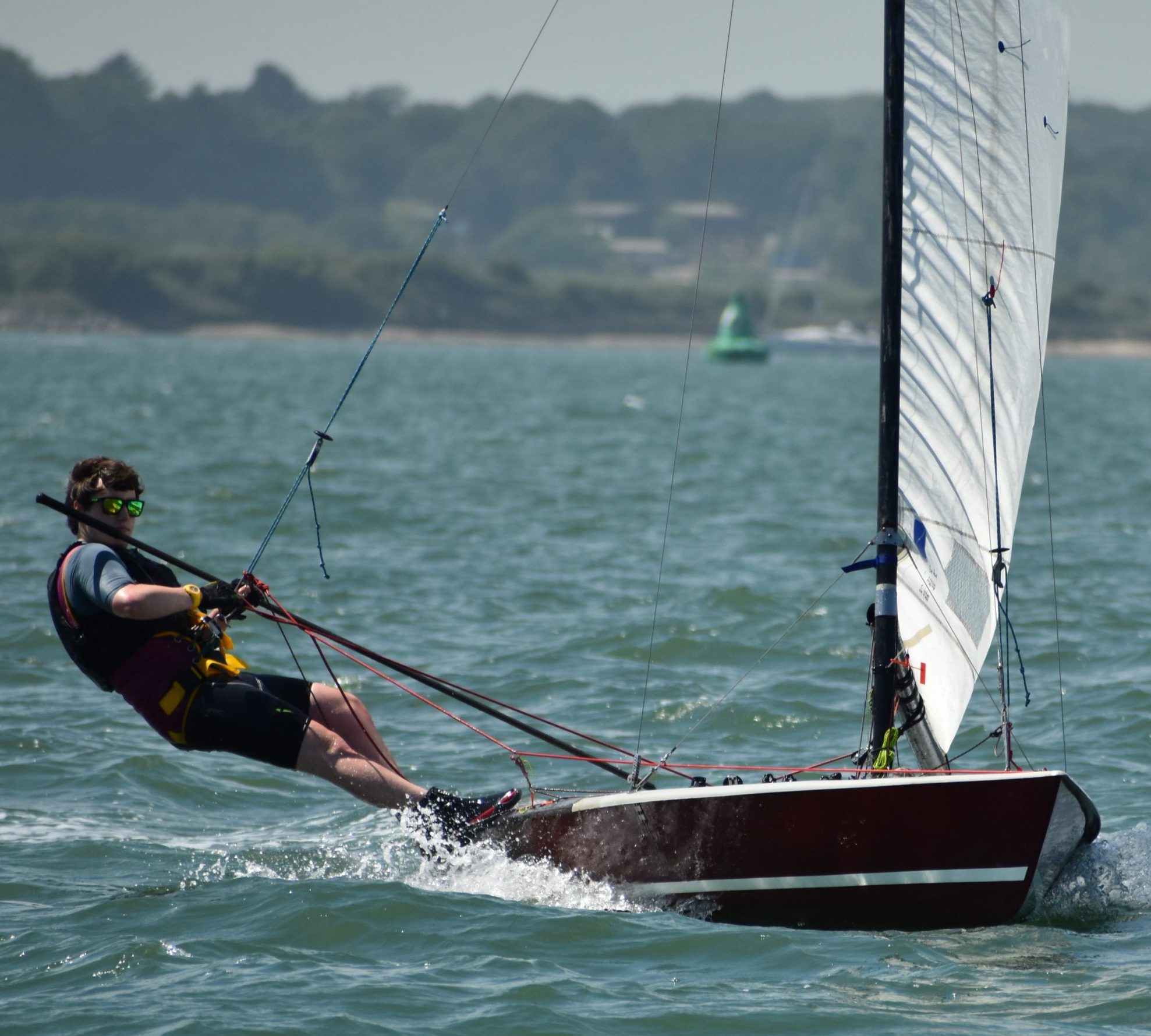 Weston Sailing club with its rich, creamy Contender history is always solid venue to bank some good racing. the local fleet are hard to beat in the fickle waters and trying to do so is enormous fun. The prospect of wall-to-wall sunshine would entice a few outsiders, but some usual suspects were scared off by the forecast of very light winds

Racing was due to start after midday and all were hoping for that most glorious of trump cards, a sea breeze, but to no avail. “Too far up the creek” was the summary from those who know, so off we went into a North West gradient of 1-8 knots with 20-30 degrees shifts.

Race 1 saw boats split on the line with those to the left feeling the  highs of success before having it torn away in a 30 degree shift up the first beat. The righties looked sorry and then happy as they gained from the same change.  Stuart Jones popped up on the left and proceeded to dominate in his most favoured conditions, Light and S****y. Most of the rest of the fleet were out of contention for the rest of the race. Peter Snowden sailing his new Hartley sailed an excellent race into creep up to second place, impressing many as a relative new boy to the class.

Race 2 started in a similar unstable breeze, and lo it was that the left did pay where the right had gone before. This unknowable turn of events left 4 boats at the front all vying for the lead. Simon Mussel Guffawed his way into first closely followed by Graeme Wilcox, Mike Murley and David Bate. As the wind went very light up the last beat David Bate went low and fast using a sustainable and locally farmed technique to burst through to the front and onto the win.

Race 3! And at last, a sea breeze. Richard Franks blasted off the start line and picked an excellent lane up the left-hand side of the course, towards the shore where there was less tide. He was followed around the windward mark by Stuart jones who decide to be over line and then work the right-hand side, spawnily coming out back to where he originally started. These two were closely followed by Graeme Wilcox. With two legs to go, the inform Nick Noble finally had some conditions to enjoy, and would have won but for forgetting the course (it was a lot to remember, 4 buoys). Richard sailed a great race to take the win from Graeme.

A classic contender evening on the Weston piazza would involve much beer and curry consumption, whilst many contemplated where the day’s sailing had gone wrong. Except Graeme who was who stealthily formed a lead by way of a score of 3,2,2.

Day 2 looked somewhat different as unlike the day before the sea breeze had arrived early giving an average wind strength of 10 knots from a consistent direction. The spectacular conditions had also brought out the local media to observe the athletes first hand.  After a day of a few disappointing results and an evening of recriminations, Gary Langdown changed many things in the hunt for gains. He was up for it and duly lead from the gun, opening up a decent lead. So… speed sorted, now to work on brain. Missing one of the Leeward marks was not a super move, and along with Adrian Smith (at that point in 2nd) sailed in the wrong direct for a large % of Southampton water; goodbye win. This allowed Graeme Wilcox to take over for the win, followed closely by Mike Murley.

The next race allowed Graeme to lead at the start at last with both Ed Presley and the high pointing Richard Franks for company, these 3 defended from the pack downwind to carve out a little lead. Ed managed to sail over Graeme on the 2nd beat and extended away from there. Ed was followed home by Graeme, who by now was proving his great skill at always being there or thereabouts in unpredictable conditions, although he does sail at Netley which isn’t that far away.

The final race of the weekend was sailed in the best breeze, which saw a battle of wits between Graeme and Nick Noble. Graeme winning the battle on the last leeward mark by breaking the inside overlap with a couple of metres to spare.

Graeme Wilcox was the worthy winner of the weekend and going forward proved that he will be a difficult competitor to overhaul in the remaining rounds of the Allen UK Contender TT series.

The next event Hythe and Saltwood sailing club on 24th and 25th July.

Finally, on behalf of all the Contender fleet we would all like to express our thanks to Weston Sailing Club for putting on an excellent event, made special by what turned out to be, almost perfect sailing conditions. 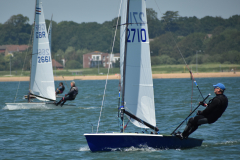 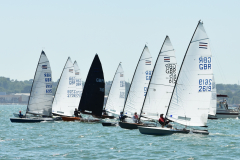 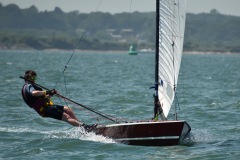 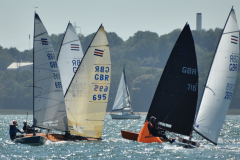 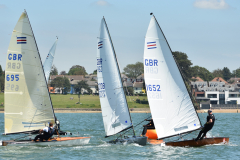 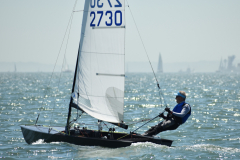 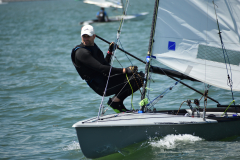 Write up by Nick Noble