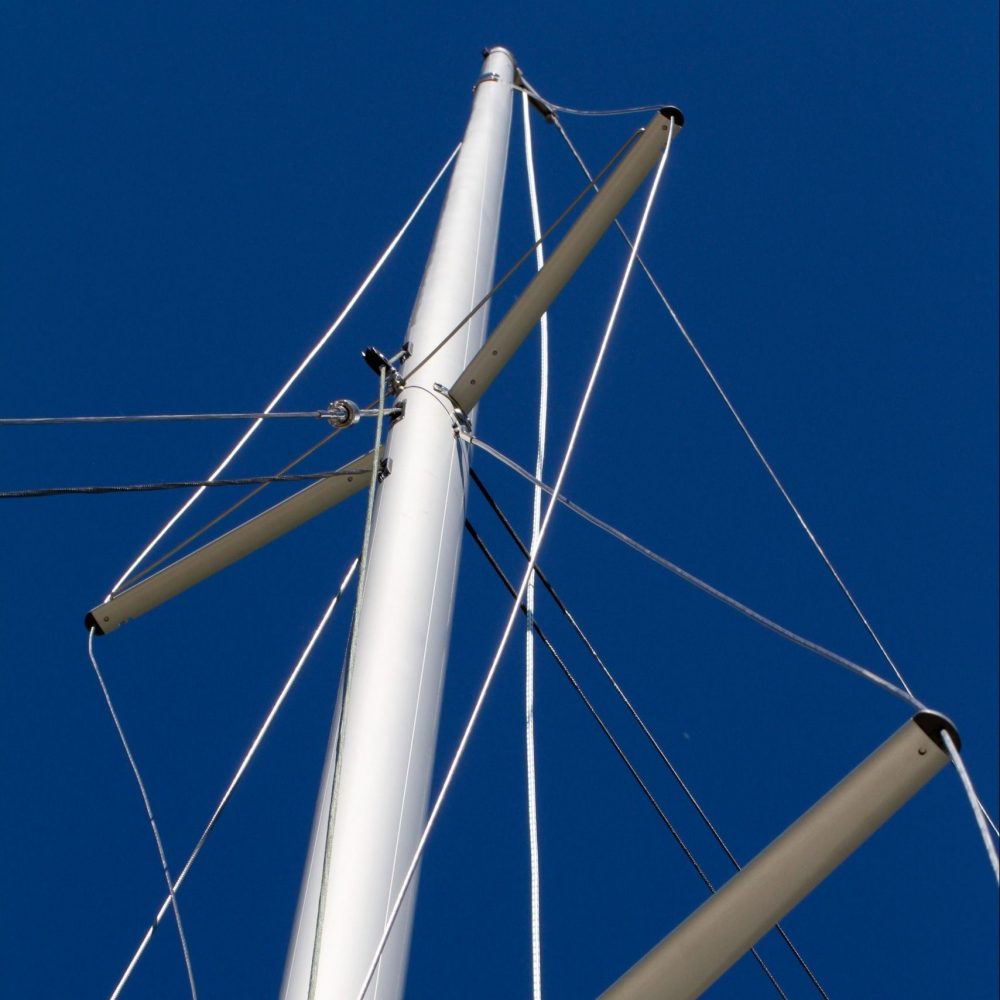 We are pleased to announce we have been working on some big projects for the marine industry over the past 12 months, one of which is production of 11-meter tapered masts.

The project to create a new tapered mast for the Dragon fleet came about after sailors and boat builders had started to notice the bend characteristics differed between each mast produced. Meaning, if you broke a mast and replaced it with a new one all the tuning and set up and measurements would no longer be valid. This also affected the continuity within the fleet, as each boat would require their own settings to get the most from their specific mast section.

Mast tapers are needed to get the best shape and performance from a sail. The basic technique to create a tapered mast requires the manufacturer to remove a “v” section from the mast, once removed the section needs to be closed – usually done with an internal mandrel, hammer, or clamp. Once closed it is held together with a weld. Straight forward it would seem, but it proves very difficult to achieve a consistent result. Each process has a possibility for small variation which will result in slightly different bend characteristics.

We did lots of research into why the slight variations would occur and how it would affect the bend of the spar. Firstly, it was found that the forming (closing) of the section was inconsistent, with the position and amount of pressure varying between each form. Secondly, once formed the welding to close the section would be affected by the amount of pressure from each clamp. Once the clamps were removed the welding would then have a distorted finish and result in an uneven taper.

Before the Allen design team could create a solution for the tapering, they decided to create a 3d CAD model of the desired taper. This would allow the team to utilise their expertise with 3d CAD and machining. The boat builder supplied us with one of their best tapers and a 3d scan was taken. The design team could then reverse engineer a 3d model and then had a target taper to aim for.

Once the 3d model was created a parabolic cut was established and a template created to cut the “v” shape. With the correct hand tools the Allen factory team quickly had the “v” cut out and felt they had an operation which was easy and accurate enough to repeat for a consistent cut for future production.

Tom Clayton, product designer at Allen, commented “We had surmised that the forming operation was going to be the most difficult operation to achieve and quickly realised we would need to somehow form the taper from top to bottom to allow us to control the sizes of the taper. Firstly, we tried forming the section using a standard toolroom “v” block as a former in a vertical direction and found that it was possible to close the section by working slowly along the length of the mast. After some further research we decided to try and develop this idea further.”

Using the 3d CAD data the design team manufactured a set of forming tools which replicated the profile of the taper. After some extensive precision engineering, the 2.5m custom press and forming tools had been finalised and assembled.

The mast with the “v” cut out is then inserted into the press tool and starting from the tip of the mast is zipped together by the press. Because the form tools replicate the taper and are so accurate the press can be released without any spring back from the material. This means a weld can now be carried out on the formed taper with little chance of distortion.

The mast is then sent into the machine shop where additional holes and slots are made for sheave boxes, spreader, and forestay hardware but before these additional products are fitted the mast is heat treated and anodised.

“Our aim was to produce a consistent tapered mast. One that would result in the same bend characteristics and make rig tuning easier between the different boats. Now we have produced the first production batch of 20 masts, I believe we have certainly nailed the brief. The taper is identical across all the sections and looks much neater than the previous version.” Mentioned Darren Elwell, Design Manager at Allen.

We have been building spars for many years, with many of the Topper boats using beams, booms and masts manufactured from the Allen factory in Essex. The plan is to expand our range of mast production to include several other one design tapered aluminium masts.

If you would like to find out more about the masts we are manufacturing or would like to see how we can help you with custom projects then please contact the sales team at Sales@allenbrothers.co.uk or call on +44 1621 774689