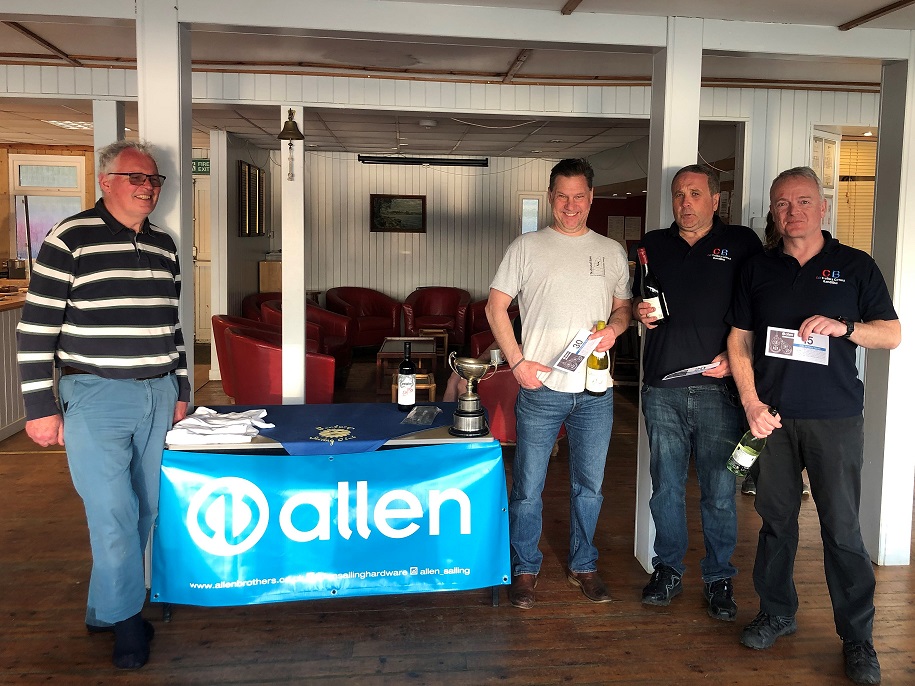 The first in the Solo Midland Area calendar was held on 26th March at Banbury Sailing Club.

Usually, the first event in the yearly race program for the Solo fleet the forecast was at least for glorious sunshine all day.
A light easterly wind (5 – 7kts) greeted us on arrival which for a rectangular shaped lake, running from north to south, would mean short beats and tricky wind shifts due to the trees lining the easterly shore.

17 boats (15 visitors) were on the water for the 11 o’clock start in beautiful sunshine and 17˚C.
Huge wind shifts meant the inevitable Solo fleet general recall for the first start but we managed to get underway on the second attempt.
It was certainly a day where places were changing in the fleet like a game of snakes and ladders but the first race finished Ian Ingram, Kev Hall and Martin Honner.

Race 2 was a similar story of changing places, this time Martin Honner took the lead and, whilst there was a brief moment when the fleet caught him up on a downwind leg, wouldn’t be challenged for the win. Ian Ingram recovered well and came through the fleet to take 2nd place from Chris Brown in 3rd.

A lovely lunch was provided by Elaine and Myrtle in the galley with the fleet appreciative of the rehydration and especially the apple crumble and custard dessert.

A change in starting position on the lake for the afternoon races but with the wind direction not changing all day it still meant very small beats to the first mark. Making a good start was important but not imperative as was proven in the last two races of the day.

Martin Honner took the win in race 3 for his second bullet of the day with Chris Brown 2nd and a fast-finishing Neil Wilkinson 3rd who was in the right position at the right time to take advantage of a huge wind shift overtaking three boats on one of the short beats.

Chris Brown and Martin Honner battled hard for the lead in race 4, Chris managed to hold off Martin to take the final race win. Neil Wilkinson again came through the fleet playing the shifts well and spotting the pockets of wind to finish 3rd.

Congratulations to Martin Honner for winning the event.
Martin thanked the main sponsor Allen for providing the prizes for the event, Dave Cornish the PRO, the galley team and the safety boat crew.

Allen has also kindly provided spot prizes for each event in the calendar this year, those being awarded to celebrate all members of the fleet, not just the podium places.
Mike Cossey from Shustoke was the first Septimus and was awarded an Allen voucher and a pair of Allen gloves, Mike finished 8th overall.
Maria E. Franco in her first Midlands event managed to have the only capsize of the day, worthy of an Allen voucher and pair of gloves, Maria finished 15th overall.

Thanks go to Banbury SC for putting on the event and hope to see you all at the next event in the Midland series which is at Barnt Green on Saturday 9th April.