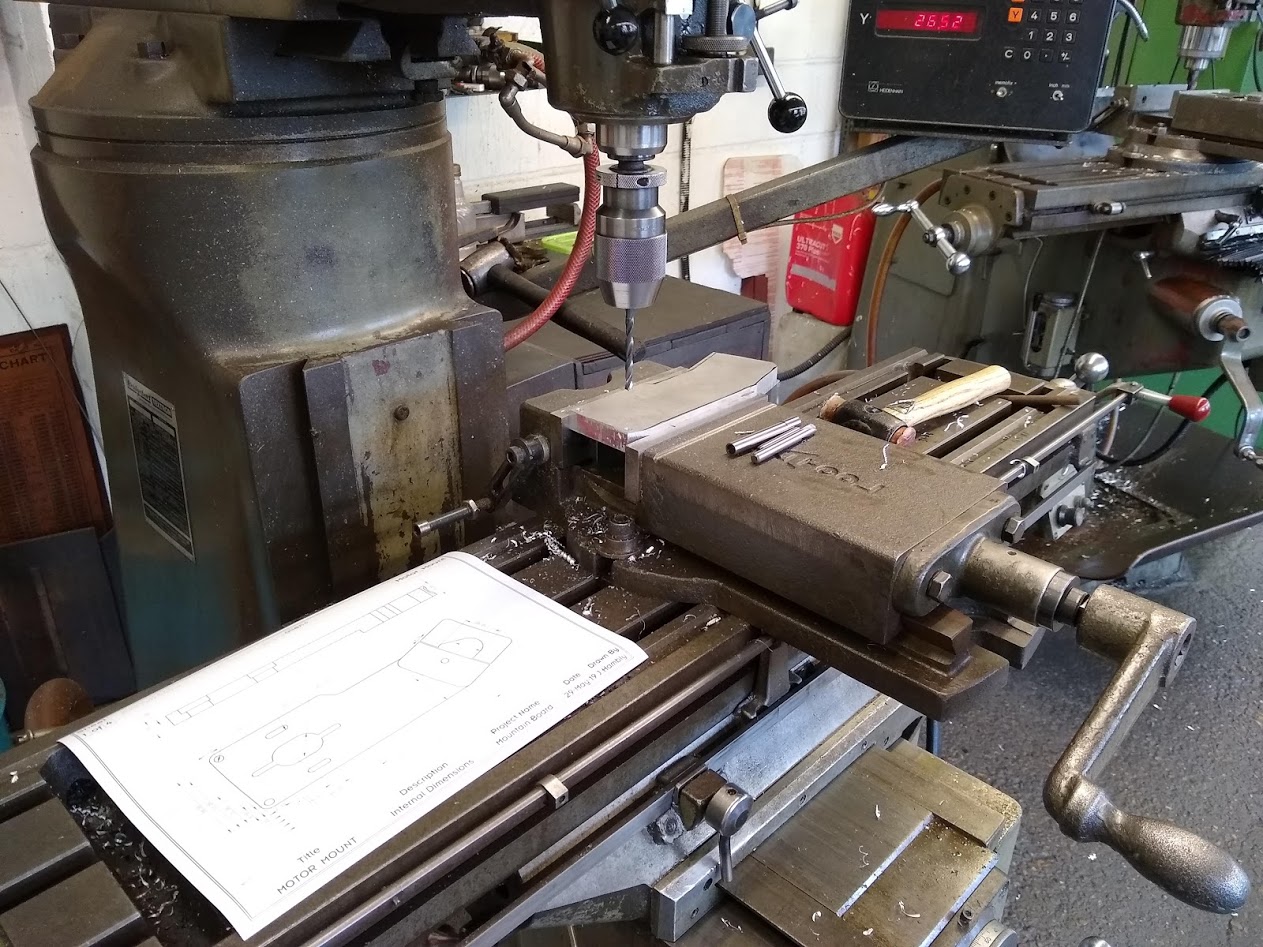 Here at Allen, we are much more than just marine hardware specialists. We are engineering experts who work with a wide variety of companies in different sectors, such as; medical equipment, automotive parts, window manufacturing, public and defence sector, theatre, advertising, aviation and much more.

We can work with such a wide variety of clients due to our multiplicity of in-house resources. Which includes our close-knit team of engineers and designers. These resources allow us to carefully monitor custom products through all stages of development. But it’s not just large-scale project we take on, we also like to have some fun with our machines.

Each year at Allen we take on engineering and design students from universities across Europe. We offer them valuable real-world knowledge of an industry they are studying for. This year is no exception.

One of our 2019 engineering students from Loughborough University, James Hambly, mentioned that he had always wanted to create his own electric skateboard but had never had the resources to complete the project.

“Having researched it for some time, I already knew I could source a lot of the components I would need online. But the important parts, such as, the bracket to hold the motors and the sprockets for the chain, would have to be custom.” Said, James.

At Allen, we certainly have the resources to complete such a project. So, James got stuck in.

James went about sourcing all of the electrical components easily available online and then proceeded to start work on the motor mount. Without the mounting for the motor, the board would not be able to function.

James made his design for the motor mount using our state-of-the-art CAD software, the design included adjustable positioning for the motors so that tensioning the chain would be easy. The mount would also be fixed onto the existing holes in the skateboard trucks.

“The accuracy of the manufacturing would make all the difference in the function of the board. Any errors could lead to motor miss alignment amongst other issues that could damage components.” James commented.

The 2 motor brackets were CNC milled from marine grade aluminium before being hand-finished and threaded to match each truck exactly.

“One of the issues I had when designing the motor mount was that the Skateboard trucks were not a precisely manufactured product and so each axle had slight deviations. This meant the motor mounts had to be custom for each side of the board.” James explained.

The 3 cross supports were manually turned on one of the tool room lathes to perfectly match the spacing of the brackets.

Once James had assembled the board and ran a few “gnarly” tests. He let some of his Allen colleagues have a go and then went onto say

“The 2 motors combined gives an approximate maximum power output of 2.5HP while running the 2 Lipo batteries in series. The motors also work as the breaks for the board. It has a theoretical top speed of 25mph with the assumption that it is working 75% efficient. But no one’s been brave enough to get close to that yet!

The rider and terrain affect the range of the board but so far, its managed around 2 hours of riding on a single charge. The large pneumatic wheels easily cope with riding on grass, gravel and dirt. Off-road riding presents more of a technical challenge due to the skateboard style steering. But it is just as fun as cruising on concrete.

I’ve also included a cut off cord, just in case! and it’s certainly come in handy a few times. It’s essentially an anti-spark connector attached to a safety string, so in the case of a crash the spark connector pulls out and cuts the engine.”

James then went onto say “Working with Allen has helped me take the design from a weekend project and idea to a professional-looking prototype. Allen not only helped me manufacture the mounts but also provided valuable advice and support during the development of the design and its functional details.”

The Allen factory is based in Essex, UK. Where we manufacture all our products and export around the world.

If you have a custom project or would like to find out what Allen can do for you, contact Sales@allenbrothers.co.uk