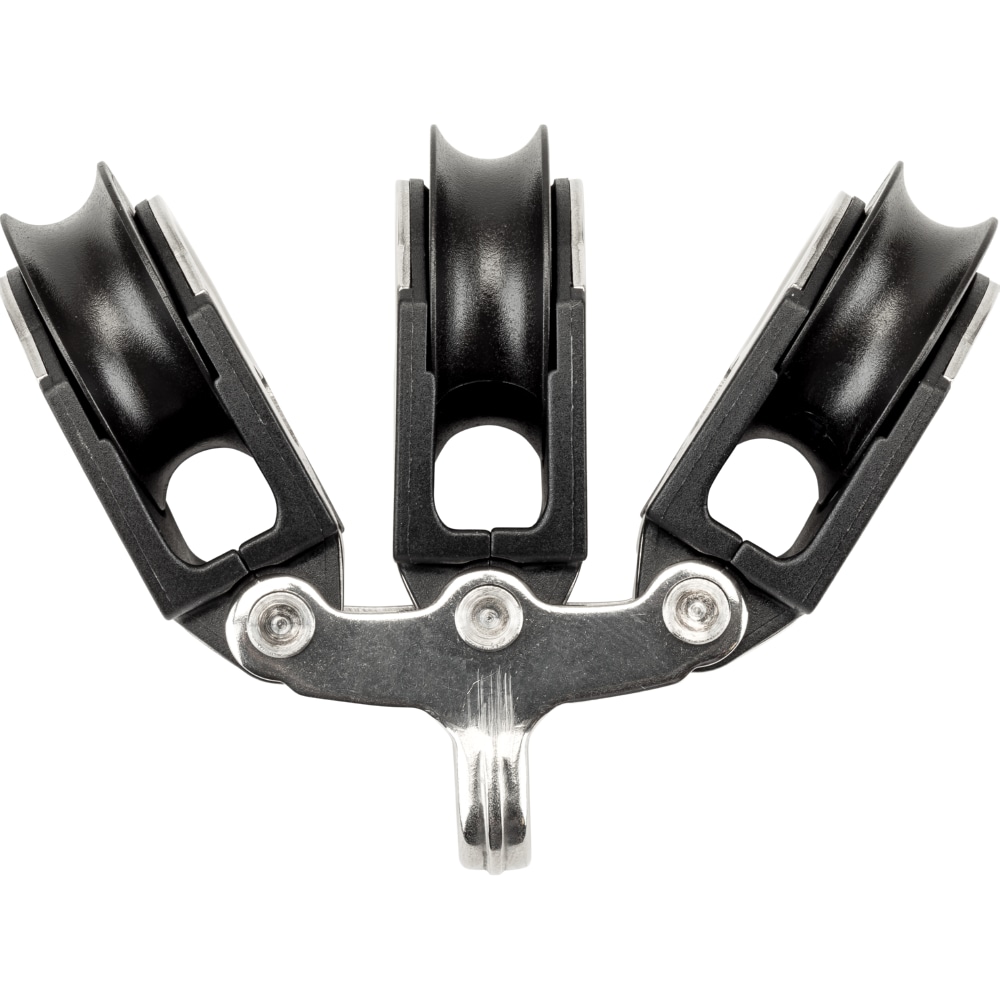 Introducing a new concept for double and triple blocks – the articulating block range.

Double and triple sheaved blocks are an important part of many rigging systems, especially if you are wanting to reduce the load of a line. However, sometimes the lead angle for the rope when exiting a double or triple block isn’t quite right and can cause twisting or rubbing of the rope against the cheek of the block.

To solve the problem the Allen design team have developed a simple solution which utilises existing products.

The articulating range features the normal double or triple block setup but the spacer moulding between each cheek has been removed as well as the central rivet which holds the blocks together. The result is a set of blocks attached to the same double or triple ultra-strap but each can articulate separately of one another.

The new articulating range was first developed with feedback from International Moth sailors who had been looking for a new solution for their internal boom mainsheet system. Since then, the range has been tested in a variety of systems and has proved to reduce overall friction.

“As each block can articulate to the correct lead angle the rope now runs more centrally on all sheaves, this reduces the friction in the system as well as making the block last longer due to the cheek not being worn away.” commented Darren Elwell, Design Manager at Allen.

The articulating range is available in 20mm and 30mm sheave sizes and in double and triple options.

A2022A being used in a centreboard control line system