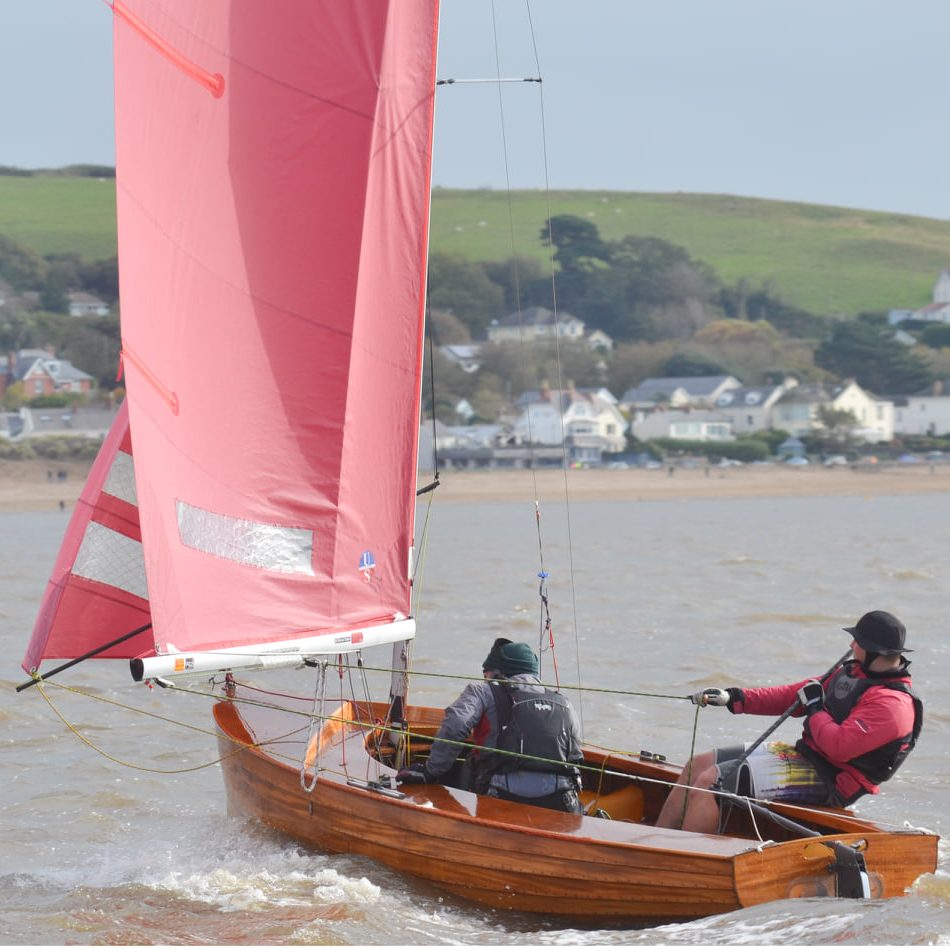 The series is sponsored by Allen Sailing with support from Admiral Trailers, and TracAce Limited

The Sailing Southwest annual winter pursuit race series kicked off this weekend with the opening event at North Devon Yacht Club at Instow.

The morning of the NDYC annual Wrecker Open Pursuit race dawned on 30th October with the promised sunny weather and F3-4 winds from SW.

28 boats representing 7 different sailing clubs from around the region assembled for a quick bacon roll before the start.  As the race start time came around the wind was building to 4-5 and the race Officer Jon Miles set a course from the Committee boat toward the Bar ensuring plenty of action on the gybe mark in the Inner Pully (harbour entrance bar buoy).  The fleet was led away by Angus Cook in a Firefly as a potential contender.  Surfing conditions downwind from the bar to club buoy around Crow point assured some fast sailing.

At the end of the first lap Angus held the lead with two Oks, three lasers and a Comet trio for company.  The fast cats were just starting, led away by the Sprint 15s, a dart 18 and two Hurricane 5.9s.  Could the Cats find a way through?

By lap 2 we were into the second half of the 2-hour race.  Ian and Charlotte Horlock from Exe SC hit the front with last years’ series winner Terry Curtis from Weymouth now in an OK, in second place but Sam Thompson from RNSA also sailing an OK was in very close contention.  The two Oks were battling out the podium positions.  Angus was close by in 4th.  The Osprey sailed by Esme Stevenson and Tim Bowden (Weymouth SC) also looked good rising through the fleet to 9th, but the cats were trailing back in 17th in lighter airs.

As the wind freshened for the final lap the cats were finding their feet and with minutes to go the two Hurricanes hit the front with Ben Cutler Sharp / Dave Grant (Starcross SC) taking the lead and Mike and Viki Coulson (NDYC) in second with Sam Heaton (NDYC) sailing a Sprint 15 just squeezing through the Comet to take 3rd.  The Osprey sailed by Esme and Tim found more speed and took 4th overall and the leading monohull, passing the Horlocks.  6th was the leading Blaze sailed by Chris Dyer (NDYC) holding off Figs Caine / Barnie Dearsly in an FR400 taking 7th followed by Terry Curtis.

So, the stronger winds at the finishing stages helped the faster boats pull through but hopefully all had a great day.

NDYC took the club prize in the Club Championship series sponsored by CMPR and all enjoyed prize giving sponsored by Allen Sailing.  Thanks also to TracAce Limited for supporting the admin for the series.